Challenge
Create an in-place version of Quicksort. This time, always select the last element in the 'sub-array' as a pivot. Partition the left side and then the right side of the array. Print out the whole array at the end of every partitioning method.

Since you cannot just create new sub-arrays for the elements, Partition will need to use another trick to keep track of which elements are greater and which are smaller than the pivot.

The In-place Trick
If an element is smaller than the Pivot, you should swap it with a (larger) element on the left-side of the sub-array. Large elements can just remain where they are, and the pivot can then be inserted in the middle at the end of the partition method. To ensure that you don't swap a small element with another small element, use an index to keep track of the "small" elements. 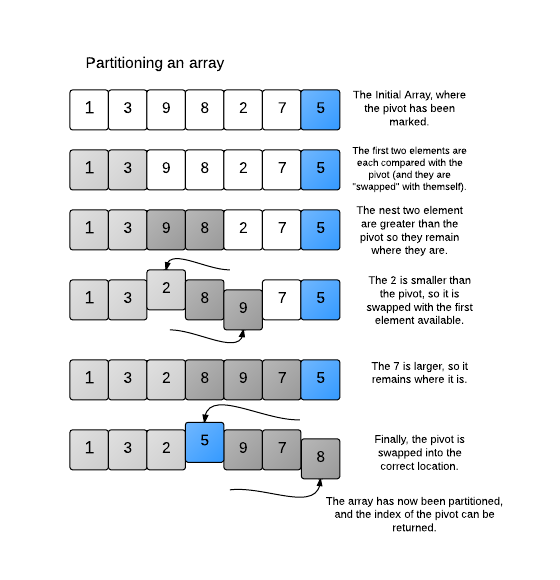