One of the principles of OOP is creating Classes that inherit from other Classes. This lets you re-use code, avoid duplication, and helps keep your code more maintainable and extendable. However, it is not essential for beginners, so you can skip this node and return to it at a later point. 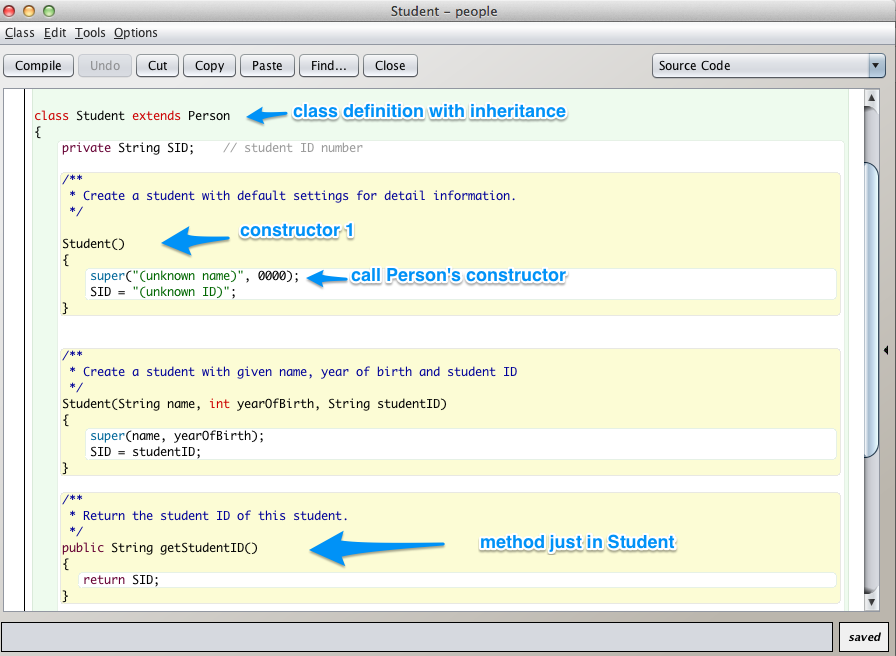 Extends keyword
In Java, you use the extends keyword to make a Class a subclass of a superclass. In this case, Student extends Person, which means that Student will "inherit" all of Person's methods and variables. This is why each instance of Student has access to the getName() method, which was defined in Person. Student also defines its own variables and methods, such as SID and getStudentID().

For example, look at the Student's constructors. In each constructor, Student starts off by calling super(), which will invoke Person's constructor:

Student is able to pass in the parameters for name and yearOfBirth to super() for Person to set up. In addition to avoiding code duplication, this is a way of setting up variables that the subclass may not have access to.

Overriding methods
Sometimes the subclass may need to implement a method differently than the way it was implemented by the superclass. In this situation, the subclass can override the method by implementing a method with the same name and header. As a simple example, let's say you have a Class Car with a method accelerate():